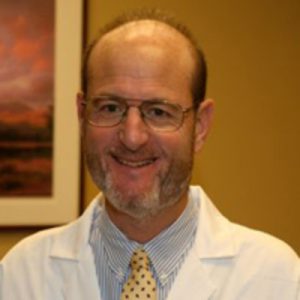 Dr. Levine founded the Center For Digestive Health in Orlando in 1982. He began his education as an undergraduate at Union College where he was elected to Phi Beta Kappa and earned the distinguished Eliphalet Nott Scholar’s Award for Research at the University of St. Andrews in Scotland. Dr. Levine received his medical training at Johns Hopkins School of Medicine and advanced to teach gastroenterology at the Virginia Commonwealth University. His academic career continued in Virginia as a National Institutes of Health research fellow.

In Orlando, Dr. Levine is an associate professor on the faculty of the University of Florida while teaching gastroenterology at Orlando Regional Medical Center.

Dr. Levine has a keen interest in Inflammatory Bowel Disease (IBD), and his practice focuses on the diagnosis and treatment of IBD. He founded the local chapter of the Crohn’s & Colitis Foundation of America. In 2010, he was named a “Research Leader” by that organization and was awarded a fellowship grant for advanced clinical study and has been named as a Research Leader each year since.  Dr. Levine was also dubbed one of Orlando’s Top Doctors in both 2015 and 2016.

Other areas of special interest to Dr. Levine are acid reflux disease, the detection and treatment of Barrett’s esophagus and the BÂRRX Procedure for therapeutic ablation of Barrett’s.

His ratings are among the best for Orlando Gastroenterologists, receiving an average of 3.7 stars on Vitals and WebMD.  Among his highest ratings is his ability to schedule easy appointments, provide thorough examinations and answer questions. Among the five-star reviews, Dr. Levine has received, one says that Dr. Levine helps patients understand medical information and has the ability to speak in a comfortable manner.