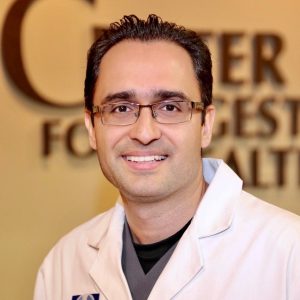 Dr. Ehsan Rafiq is the latest addition of Orlando gastroenterologists to our team at the Center for Digestive Health. He earned his medical degree from King Edward Medical University. He completed his Internal Medicine residency at The University of Toledo where he was later appointed as Assistant Professor of Medicine. He then completed his fellowship in Gastroenterology at the University of Toledo and served as chief fellow in his final year of fellowship. Thereafter, he moved to Orlando for his Advanced Therapeutic Endoscopy fellowship at the Center for Interventional Endoscopy at Florida Hospital.

Dr. Rafiq has authored numerous peer-reviewed publications and abstracts in addition to presenting his work at various national meetings.